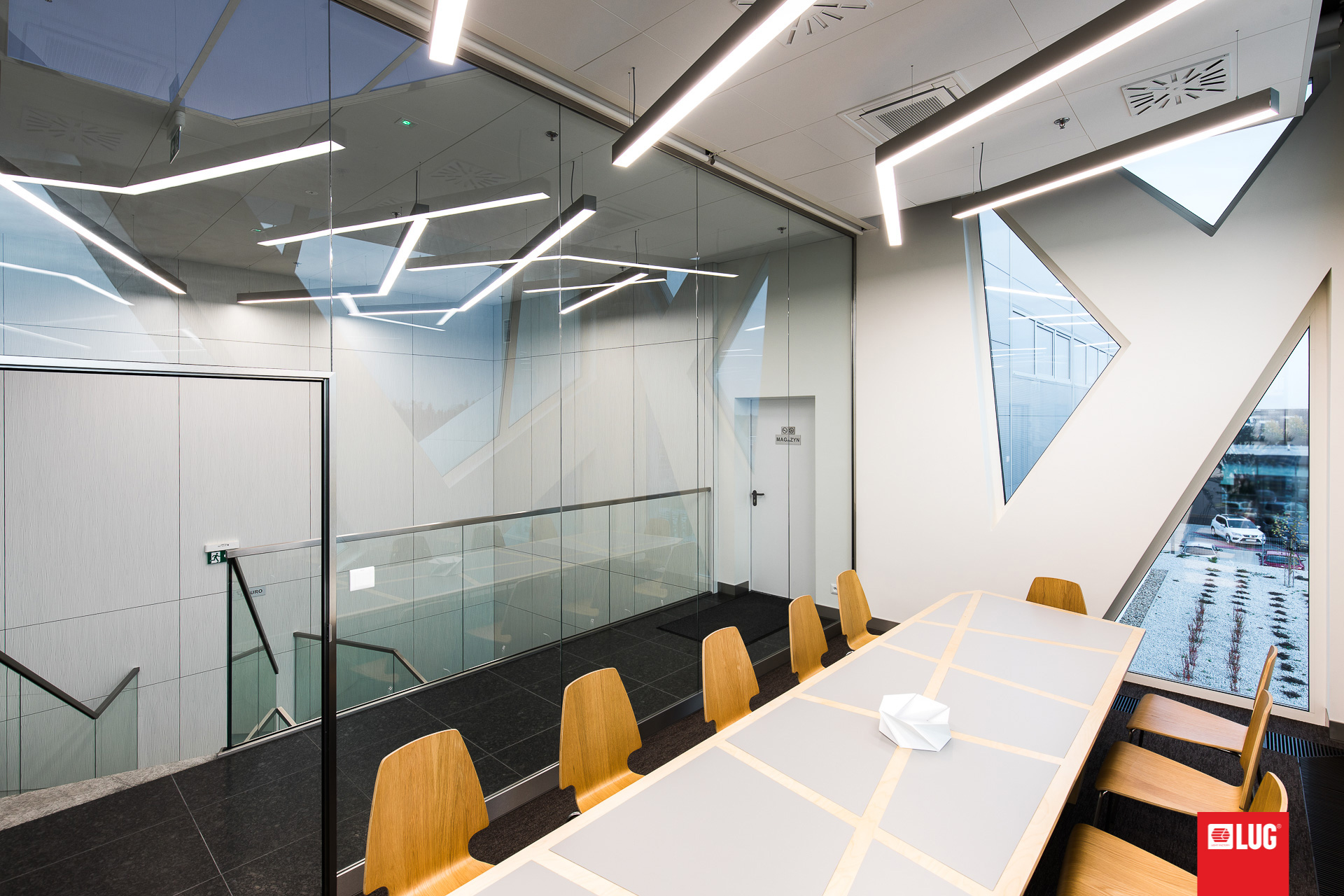 The project included construction of production and warehouse hall with social-office facilities. A company related with the art of exhibitions is the investor, therefore a simple method had to be found to make the building more attractive, so it could become the company’s showpiece. It was decided that a plain hall would be created with a rectangular social-office building embedded in it. It’s façade shape was inspired by a linear black-and-white logo, and the fact that the main material of which the company’s products are made is wood. First, an arboreal drawing of the façade line was made, which delineated window shapes. Then, arcades were introduced in the plain body of irregular façade to make it more profound – roofing over the entrance and canopied passage on the side wall of the building. A reinforced concrete structure of the façade was designed as the most adequate to implement the idea. What’s innovative in the design is using white quartz sinter boards glued to an aluminium supporting structure. Extremely stable 5-mm-thick boards enable precise assembly of large planes and window niches. The boards are cut out on CNC equipment. After receiving the executive design for division of façade boards in CAD format, the contractor made minor dimension corrections in it on site, and sent them directly to the CNC equipment which cut out ready-made modules. Accordingly, the hall was developed using HPL boards covered by a laminate with a delicate linear pattern. In the interiors, plenty of natural hardwood plywood was used to highlight the main idea of the project – a building of a wooden structure. The permanent furniture features, desks and tables are made of plywood at the company’s own woodworking shop. Supplementary furniture is wood-trimmed with green accessories. Lighting was a substantial part of the interior design. Suspended LED fixtures in the office section, out of which a series of broken lines was created allude to the style of the building façade. The fixtures are not just a source of light, but also a spatial decoration of the ceiling. External lighting is an important element of the project, too. Using line LED fixtures mounted in the pavement made it possible to acquire an effect of uniform lighting of the entire façade plane. 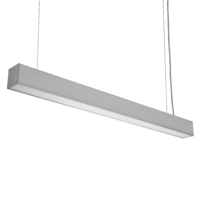 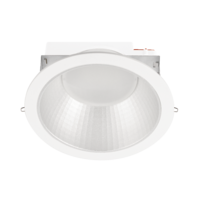